The Necessity of Vulnerability 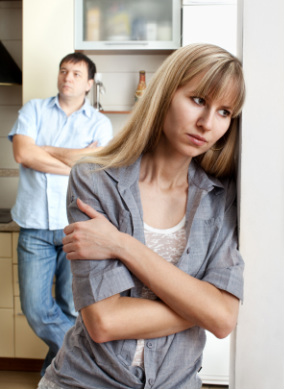 His wife shrunk into the corner of the couch and turned her desperate gaze to me, seated across the office. Her struggle was familiar to me by now, having witnessed it many times over the past years. The discovery of his affair had been an explosion in the middle of a previously predicable marriage, leaving her torn with seeping wounds she feared would never heal. And now he was asking her to give him another chance.

"I'm sorry. I'll never do this to you again," he had just said to her. But I know the question in her desperation: "He promised me before and it didn't matter. He vowed to be faithful, but he wasn't. How can I ever trust him again?"

She wanted assurances. She wanted guarantees. She wanted certainty that the risk of trusting him again would not end in another betrayal. She wanted me to give her these things, but I could not.

What I could give her was the certainty of hope... that it truly is possible to find your way back to intimacy (even greater intimacy) and trust. I've been part of that process with many couples. But there is no guarantee. Even though her husband seemed certain about his desire do the work to restore their marriage, her choice to give him another chance would require her to risk another betrayal.

Following infidelity, the betrayed spouse has every right to leave the marriage. They have every right to stay, too. Those who choose to restore their marriage are often criticized for being too weak or ignorant, but in my observations, the risk of reconciliation is usually an act of strength, not stupidity. It takes courage to risk being hurt again.

But isn't this risk an inherent part of any significant relationship in our lives? An affair may be the "big hurt" but we risk smaller, yet still painful, hurts and disappointments every time we choose to love. I would suggest, in fact, that the less you are willing to be vulnerable in those risks, the less you are able to experience genuine intimacy. You'll learn to substitute something else for it, but you'll miss out on the kind of connection that is most fulfilling. [Please note: I am not suggesting that you commit yourself to unending vulnerability. Read Guard Your Heart After an Affair if you're dealing with a spouse who goes back-and-forth in their commitment to you or your marriage.]

In the following video, Dr. Brene Brown talks about her research into personal connection and explains how her findings began to personally impact her. It's an excellent 20-minute explanation of the necessity of vulnerability in relationships.
Download Study Guide