Finding Clarity in the Confusion of an Affair 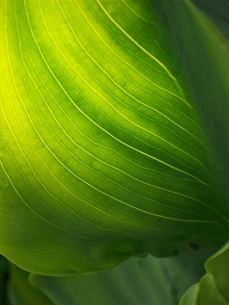 Last weekend, I sat in the service of the church I attend, listening to its leaders struggle to communicate the pain and confusion surrounding the revelation that our senior pastor was involved in an ongoing affair. His confession and resignation has shaken the confidence of thousands of people who wanted to believe that he was someone whose faith and integrity was rock-solid. The wake of his choice has set many off balance and some have begun to wonder if their faith can survive the turbulence. And the damage done to his wife, family, and friends is severe.

I counsel couples who are trying to find their way through betrayals like these. During the past few days I have tried to provide healthy perspectives to a wife whose husband claims commitment to his marriage while still pursuing another woman, to a wife who finally wants to confess the lie she has been living with for over a year, to son who hates who his father has become, to a man who just discovered that his fiancee was falling in love with someone else. In every case, the damage caused by the choice of an affair reaches farther and deeper than the unfaithful partner expected.

And on the other side of these affairs, the question is always asked: How could this have happened? We struggle to make sense of an affair, especially when the behavior seems inconsistent with what we use to believe. We thought the betrayer was honest and dependable. We thought he/she would never be willing to hurt others in the way they did. We thought love was more secure than this.

Those who know me are aware of my own story. Nearly 20 years ago, while on the pastoral staff at a large church, I dove headfirst into my own affair. That event, and the years of processing that followed, led me to eventually become a counselor with the hope of providing a kind of help that I did not receive. But that experience has given me a unique perspective on situations such as these.

I wept during the church service. I wept for the pain of the people there. I wept for the confusion of those who know this man intimately. I wept for his wife and children. But most of all, I cried for him. I know this man is so focussed on his own pain and longing and confusion that he has little room for feeling what others feel. He cannot open himself up to the real hurt of his own children right now because he would not be able to bear it and still make the choices he wants to make. And so he convinces himself that his course is right even though nobody else, save one, walks with him.

Some people, knowing my story, have asked me to help them understand his choices. They want to be able to make sense of all this. How could such a good man hurt so many people? But here's the problem: this is not a logical situation. It is an emotional one. It is a spiritual one. You cannot "make sense" of it in that a logical way. If you try to, you will come to some wrong conclusions.

On the other side of betrayal, we want to find our way back to safety and security as quickly as possible. We long for clear explanations of all that has happened because anything that is left uncertain increases the risk of being hurt again. I understand that. But the work of grace and forgivenness is not always nice and neat; it is often messy. It is not always certain. It requires risk.

The WHY question is the one most passionately asked after a betrayal, and the one most difficult to answer. In fact, it usually takes time before it can be adequately answered because it is usually not a single answer but many. The answers are like pieces of a puzzle and it usually take time to find them all before you have a complete picture.

I know there will be no quick and easy ending to any of these situations. But I also know that if we are willing to be open and vulnerable, great good can come out of our brokenness. That is the way of grace. I am thankful for it.