Why a Divorced Cheater Decided to Become a Marriage Counselor 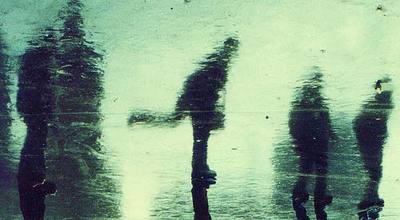 A visitor to this site once emailed me and asked: "How can you counsel others to fix their troubled marriages when it didn't work for you?"

Fair question. In case you don't already know my story, here's the short version: During the 1990's I had an affair that eventually led to the ending of my 16 year marriage. I lost my job, too. Basically, my entire world turned upside-down. My recovery was slow and painful; I didn't learn my lessons quickly and I hurt many people along the way.

As I began to heal, it became natural for me to help men and couples who were caught in the struggle that was familiar to me. When someone suggested I might want to get a counesling degree, it made sense. I returned to school to earn my masters degree and become a licensed therapist.

While in school, I began to struggle with doubt and shame. Why would anyone want to see a counselor who had failed so miserably in his own experience? To me, that made about as much sense as asking a 400-pound person for fitness advise. I thought about backing out, or maybe limiting my counseling to other issues, but it didn't take long for me to realize that I was especially good at helping individuals and couples work through infidelity experiences.

People need the tools I didn't have.

After my affair, many good people—family and friends—wanted to help in some way but weren't sure what to do. Some gave advice that I refused to listen to (just like there are those who don't want to listen to my counsel, either). But what I needed most during that time was not given to me. In fact, some of the dynamics of my "recovery process" probably hindered more than they helped. The counseling I received was fundamentally different than the counseling I now provide.

I don't have "magic" to fix every marriage after an affair. But what I do have is a growing set of tools that have been very useful to hundreds of clients. If someone had given me what I give clients, I think the outcome of my affair story would have been different. I think my marriage would have survived.

I have an intimate understanding of affair recovery that helps those going through it.

I use to fear that clients, especially betrayed spouses, would not want to work with me if they knew about my failure. But my experience has been the opposite. Those who've had an affair appreciate my ability to understand their experience and are more willing to let down their guard. And those who have been betrayed know that I can give them a first-hand perspective to understanding the what's and why's behind their spouse's affair.

There are many good counselors and researchers who do excellent work in affair recovery who have never had an affair themselves. And there are plenty of cheaters who would make lousy counselors. I'm not suggesting that my failure qualifies me in some special way to be good at what I do. What I AM saying is that my experience provides me with a level of insight and empathy that I would not otherwise possess. These have made me a better counselor.

Let me be very clear about one thing: I regret my affair and all the consequences of it. If I could time-travel back, I would make different choices. Perhaps my greatest regret is that my children cannot tell the story of a father who remained faithful. They have to tell a different story.

But that different story is an important one, too.

Before my affair, the most common opinion of people around me seemed to be that if you compromised on faithfulness, you'd miss out on the best life had to offer. You'd have to settle for some sort of consolation prize. Before my own affair, I remember sitting with some church leaders who were discussing other leaders who'd recently had moral failures. The conversation was harsh and judgmental. They concluded that anybody who'd had an affair was "washed up" and shouldn't expect too much out of life.

That's an interesting conclusion from spiritual leaders who were suppose to be sharing this good-news message: We're ALL hopelessly messed up and grace is equally available each of us.

My story is a story of grace. That doesn't mean I disregard my failure, but it does mean that for me and for everyone else who knows they have not measured up, their story is not over. There are new chapters to be written. They might even be better than the ones before.
​Photo Credit: Román via Compfight cc